Additionally, on a cost-reimbursable basis, the RCWM Program Support Functions are provided to other DoD Programs, and, subject to approval by the Under Secretary of Defense for Policy (USD(P)), support the Department of State, the Combatant Commands (CCMD), other federal, state, and tribal government agencies and other nations.

The RCWM Program objectives are:

The RCWM Program may also provide, on a reimbursable basis, the RCWM Support Functions to other DoD Programs (e.g., Program Executive Office), Assembled Chemical Weapons Alternatives) as well as to address DoD-approved requests in support of a CCMD or the DoS.

In 2001, DoD established the MMRP as one of three program categories in the Defense Environmental Restoration Program (DERP) (10 United States Code (U.S.C.) § 2700 et seq.). While DoD has been responding to properties that were known or suspected to contain unexploded ordnance (UXO), discarded military munitions (DMM), or munitions constituents (MC) for many years, DoD policy established the MMRP in September 2001 to improve its overall approach for protecting human health and the environment, attain a bette 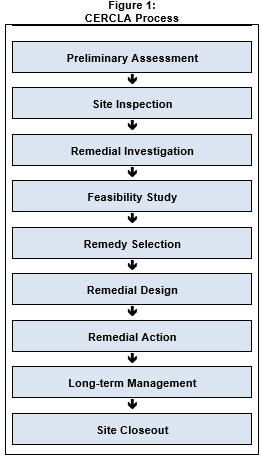 In the Fiscal Year 2002 National Defense Authorization Act, Congress directed DoD to take several actions regarding UXO, DMM, and MC, including developing an inventory of “defense sites” known or suspected to contain UXO, DMM, or MC.  DoD refers to such sites as MRSs.

DoD Components conduct munitions responses at MRSs located on active installations, installations affected by Base Realignment and Closure (BRAC) decisions and Formerly Used Defense Sites (FUDS) under the MMRP. MRSs known or suspected to contain CWM are referred to as CWM sites.

Where CWM or CAIS are known or suspected to be present, the RCWM Program provides technical input during each phase of the response process; coordinates planned activities to support the efficient use of funding, equipment, and personnel; and executes assessment and destruction of RCWM during the Remedial Action phase.

In 1993, the U.S. Army Program Manager for Chemical Demilitarization undertook a survey of possible CWM sites, which resulted in publication of the first list of CWM sites. The 1993 report identified sites across the United States and served as one of the references in developing the CWM site inventory in the 2007 RCWM Program Implementation Plan.

The 2007 RCWM Program Implementation Plan identifies 194 DERP CWM sites known or suspected to contain buried CWM or CAIS. The 2007 inventory includes DERP-eligible CWM sites on 115 active installations, 21 on BRAC installations, and 58 on FUDS. These CWM sites are in 30 states, the District of Columbia, Guam, and the U.S. Virgin Islands.

The 2007 RCWM Program Implementation Plan identifies an additional 55 locations that are not DERP-eligible (e.g., on an operational range) and 699 locations where anecdotal evidence indicates that CWM or CAIS may have been stored or used, but where no physical evidence is present.

DoD maintains an inventory of defense sites known or suspected to contain UXO, DMM, or MC— including those sites where CWM or CAIS are known or suspected to be present.  Title 10 U.S.C. §2710(a) requires DoD to maintain this inventory. The DoD inventory, which is searchable by state, the District of Columbia, and the U.S. territories, is accessible online at http://www.denix.osd.mil/mmrp/mrsi/.

Under the MMRP, CWM sites included in the DoD MRS inventory Inventory are:

When munitions and certain materials of interest are encountered during either a munitions response or other activities (e.g., range clearance activities), the Chemical Materials Activity's (CMA), Recovered Chemical Materiel Directorate (RCMD) provides the RCWM Program Support Functions to assess munitions and certain material of interest and destroy those items determined to be RCWM.  RCMD also addresses recovered CAIS and may assist with the treatment of CA-contaminated media or debris that poses a chemical agent hazard.

Pending Office of the Secretary of Defense's establishment of a new funding source for the RCWM Program Support Functions, the RCWM Program activities are funded by the Chemical Agent and Munitions Destruction, Defense (CAMD, D) appropriation.

Funding sources that support various portions of the RCWM Program include:

Chemical Agent and Munitions Destruction, Defense (CAMD,D). As stated, this appropriation funds the RCWM Program Support Functions, which include: